The Father of Mercies and God of All Comfort 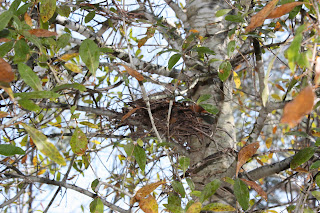 I am absolutely blown away by God. His love for me overwhelms me. This past Saturday night I sat in a little church in Union Hill, Alabama where I had never been before nor even knew existed. I had thought I was going to Arab, but God knew exactly where he was taking me and who would be there to hear me speak. I was having a little quiet time with the Lord before I spoke there that night, and I just was amazed at how God could take a Mommy like me, humble me to a point of nothingness, and sweep me up out of the ashes and make something useful out of me.

Here I was about to speak to a group of women at this church’s first ever women’s event. I was scheduled to visit with a family on Monday whose two-year-old daughter had been plucked from this earth two weeks ago, and I was to leave for a 10-day mission trip to India with some of the most Godly women you could ever meet on Thursday. And, I was filled with wonder at how God could love and trust me so much. We sing a song at church about that. It goes, “How deep the Father’s love for us, how vast beyond all measure, that He would give His only son to make a wretch His treasure.”

I am nothing, but the God of universe who created everything from dragonflies to flowers to clouds and rain to mountains and streams and puppies and lions and everything else in all creation loves me. I know God loves me. He shows me His love for me everyday. I have seen and heard and witnessed and been a part of miracle after miracle, and that amazes me and humbles me and makes me stand in awe of a great and mighty God who is completely powerful yet is also gentle and kind and compassionate. God knows my name, and He knows your name. He knows every name and everything about everyone. He knows what we need, and He will meet every one of those needs if we’ll let Him. And, if we’ll listen, He will speak to us.

In my talk Saturday night, I told the story of how we started noticing sevens after Bronner went to heaven. We had never thought about it before, but one Sunday morning in church Rick handed me some scribbling he had been doing during the sermon. He had written Bronner’s name, William Bronner Burgess, 777. All three of his names have seven letters in them. Bronner is the seventh member of our family. The last full year of his life was the seventh year of this century, 2007. His birthday is May 27, 2005 or 5-27-2005. You already have one seven. Add the five and the two before the seven and the five and the two after the seven, and you’ve got 777 again. He even had three sevens in his social security number.

Seven is the number of perfection, completion, or fullness in the bible. It stands for the seven days of creation and is mentioned upwards of 50 times in the Book of Revelation, the book of sevens because it is the consummation of God’s plan and purpose for the earth as it is and ushers in the new heaven and the new earth. We realized God had given us those sevens to tell us that Bronner’s life had been complete and perfect at 2 ½ years. He had fulfilled the purpose for which he came. God, Himself, had formed the days for Bronner when as yet there were none of them.

I told the women at Union Hill that I had talked about the sevens in August 2008 at my home church and that on that day the church took up a collection for Bronner’s Memorial Fund.

“One woman,” I said, “wrote a check for $1.23.” I asked them if they realized what a miracle that was and how God must have worked in the hearts of everyone there for that to just happen to be how much money they collected that day.

And, if they weren’t yet convinced that God is real and that He is working among His people, I told them that it had happened again exactly one year later at Frazer Memorial United Methodist Church in Montgomery except on that day, God had added 77 cents for a grand total of $7,777.77.

That certainly wasn’t my whole speech, but it was part of it. I talked through weather sirens going off in the middle of my speech and through a woman passing out at the altar. I had driven through torrential rain to get there and after leaving that night had to take an alternate route back home in order to avoid tornadoes. We had had such bad weather forecasted for that day in Alabama that no one would have blamed me if I had cancelled.

But, the Lord wanted me there if for no other reason than for one woman, a young woman, who looked like she was in her early to mid 20’s to me. She came up to me after the altar call while everyone else was still getting back to their seats. I normally ask everyone to come pray at the altar to tell God anything that might be stirring in their hearts at that moment.

She said to me through tears, “I thought you would think I was stupid for writing that amount, but it was all I had. It was me. I wrote that check for $1.23.”

I grabbed her up so quickly and just held her for a few minutes while we both stood there crying in amazement at what God can do. Then, I told everyone what she had just said to me. I told her, “God brought you here tonight so you could hear that story and know how special you are to God. He loves you so much.”

And she answered me, “Obviously.”

Those were the only two times this young woman had heard me speak, once almost two years ago in Birmingham and this time in a small church in a small town in North Alabama. How amazing is God?

I was still glowing from that miracle when on Monday I experienced another one. A miracle is something only God can do, and only God could do this. I told you about my dragonflies and the message God had for me through them, but I don’t think I’ve told you about that morning some time after Bronner had gone to heaven that Rick went out by the pool early in the day and saw doves all around it. He came back in to get me so I could see it too. When I walked outside with Rick, the doves flew away. Their wings reminded us of angel’s wings fluttering by. But, that wasn’t the last time we’d see our doves. They actually started nesting in a tree by the pool. One of them likes to sit on the very tip top of our house.

We see and hear them all the time. Their mournful cooing is what gives them their name, the mourning dove. Our doves aren’t just any doves. They’re mourning doves mourning alongside us waiting as we wait with eager longing for Christ’s return, for the redemption of our bodies, for the time when all things are made new, when everything is as it should be, and especially when Bronner will be in our arms again.

“For the creation waits with eager longing for the revealing of the sons of God. For the creation was subjected to futility, not willingly, but because of him who subjected it, in hope that the creation itself will be set free from its bondage to decay and obtain the freedom of the glory of the children of God. For we know that the whole creation has been groaning together in the pains of childbirth until now. And not only the creation, but we ourselves, who have the firstfruits of the Spirit, groan inwardly as we wait eagerly for adoption as sons, the redemption of our bodies. For in this hope we were saved.” (Romans 8:19-24a)

I know the coo of a mourning dove very well now, so it was easy for me to recognize it when I got out of my car and walked up to the front door of the house of the family who had lost their daughter on April 11. I heard the dove coo twice before the door was answered. Only God can do things like that. Only God could send a bird to a home to mourn with them, but he did, not only with us, but with this family as well. God isn’t just speaking to me and to Rick. He’s there for all of us all the time if we’ll just listen. If we’ll open the eyes of our hearts, we can see and hear and know and feel God’s presence all around us.

I leave for India in about seven hours. I can’t wait to see what He’s going to do there. I’ll keep you posted…