To Be or To Do? That is the Question.

I ran into a group of girls yesterday at the nail salon who had met each other at a Christian camp for girls in the Carolinas a few years ago and had become friends. The camp took up five weeks of their summer. It had been a good five weeks when they were there, but the girls’ summers had gotten too full to do the camp again. They were opting to go visit in the homes of each girl one week every summer instead. Last year, they spent a week with one of the girls in California, and this year, they are in Birmingham.

I was sitting next to a girl from Mississippi who was telling me their story. She had said they were having trouble finding things to do in Birmingham. Their host had even told them, “There’s really nothing to do in Birmingham.” I told her they should try to get golden tickets seats at the Rick and Bubba Show. She, having no idea that I was Rick’s wife, said, “I’ve heard of that.” I also told her to go see Vulcan, it being the second largest statue in the United States and the largest cast iron sculpture in the world. “Try a hike or canoeing at Oak Mountain State Park,” I said.

But, after I left the girls, I thought, “Birmingham really is more about being than doing.” I’ve heard this complaint before, “There’s nothing to do in Birmingham.” I live here in Birmingham, and I’m doing something ALL THE TIME, so there must be something to do here. But, the city really is more of a living city than a visiting city. If I were going on vacation and I lived somewhere else, I don’t think I would pick Birmingham either. We’re not a flashy town except I guess for Vulcan, but we are a vibrant, healthy city filled with families going to school and church and playing ball. We’re a community, not a destination.

I thought about Brandi and her friends when she comes home from school in Philadelphia. She and “The Tribe,” as they call themselves, like to go out to eat lunch or dinner together, shop, go see movies, but mostly they like to just “hang.” You know, just hang out together and talk and catch up on all the happenings at their various college campuses.

I have a friend who used to live in San Antonio and has lived in other parts of the country as well. She said it really was culture shock to come to Birmingham. They used to take their out of town friends down to the River Walk and the Rodeo and to Six Flags and to Sea World San Antonio and Splashtown, but when they moved here, they were like, “You want to go to a movie?”

I told her, “Well, when Rick and I want to do something with friends, we normally just invite them over for dinner. We eat and talk and have coffee while the kids play.” We really are homebodies, and I guess that’s the way we like it. I say all that in the midst of a summer vacation for my boys that has included a trip to the beach, Vacation Bible School, an Auburn football camp, the first day of guitar lessons, and a speed and agility camp at the high school they’ll be attending in a few years, and they’ve only been out of school for TWO WEEKS!!!

We do “do” a lot, but our favorite times are when we’re just together maybe at the farm fishing or picking blackberries or at home for family movie night with a bowl of popcorn to share, playing games together, or going for a bike ride or for a swim. Being together is the most important thing no matter what we’re “doing.”

I wonder how those girls will do this week. I suspect they’ll do just fine. They sure looked like they were having fun just getting their nails done together, but my prayer is that this week they will just be, be together, be friends, be kind, be light in a dark world, be Christ. They did meet at a Christian camp for girls. And, I hope they find that being is always better than doing. “Be still and know that I am God.” (Psalm 46:10)

This summer, I hope to find time to be still before the Lord, to rest, to rebuild, to rejuvenate, and get ready for more kingdom work. I’m just as guilty as everyone else in the busyness category. We’re all always worried about what we are going to do when we really should be more concerned with who we will be. My prayer for us all, especially those of us here in Alabama where I believe there are almost as many churches as in the entire Northeast, is that we will be light in a dark world and in an ever-increasing dark nation. Don’t let the light be darkened. But, let the light shine in the darkness piercing it and eliminating it.

“And this is the judgment: the light has come into the world, and people loved the darkness rather than the light because their deeds were evil. For everyone who does wicked things hates the light and does not come to the light, lest his deeds should be exposed. But whoever does what is true comes to the light, so that it may be clearly seen that his deeds have been carried out in God.” (John 3:19-21)

Posted by Sherri Burgess at 9:48 AM 4 comments:

Brooks & Brody on the Farm 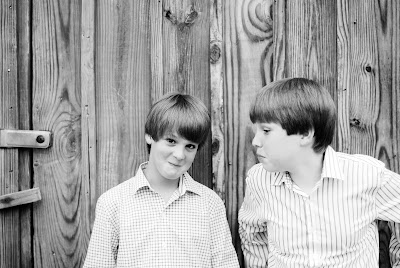 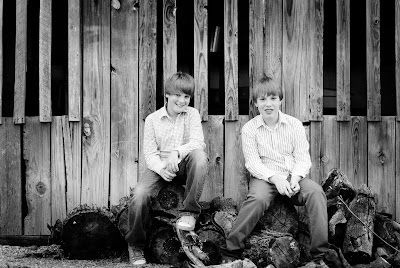 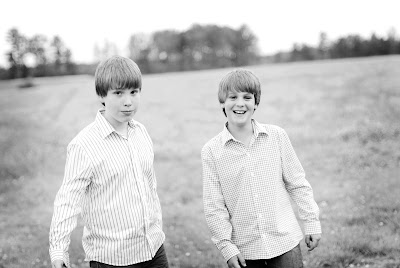 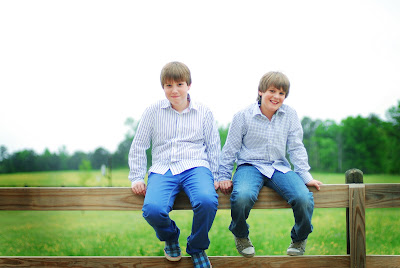 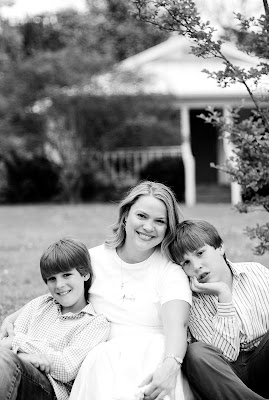 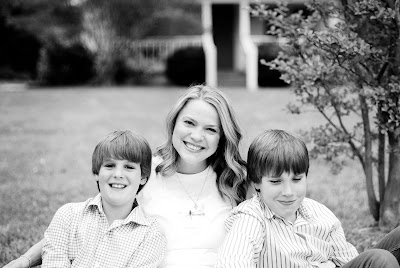 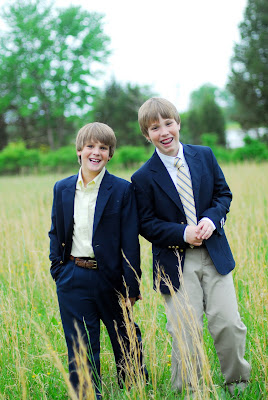 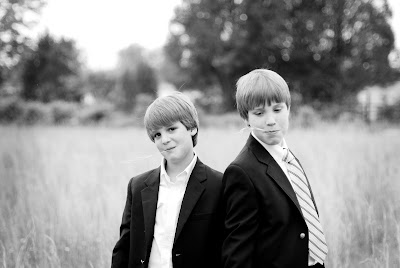 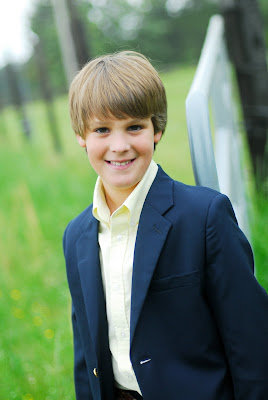 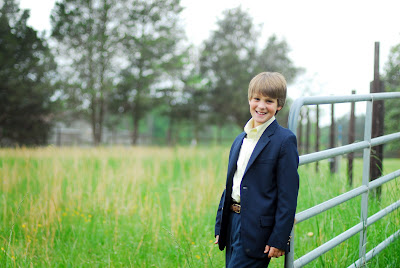 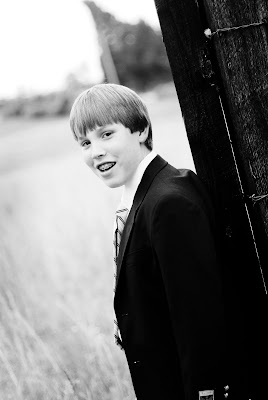 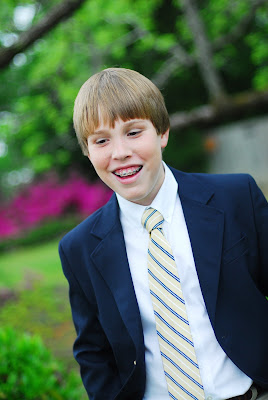 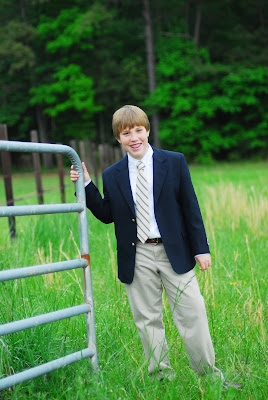 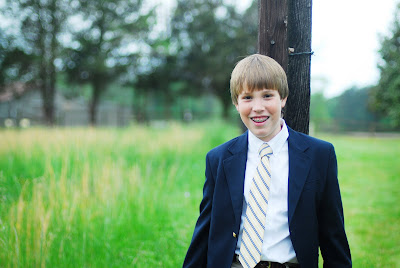 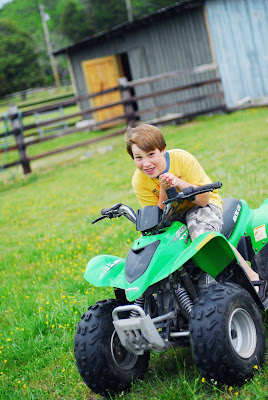 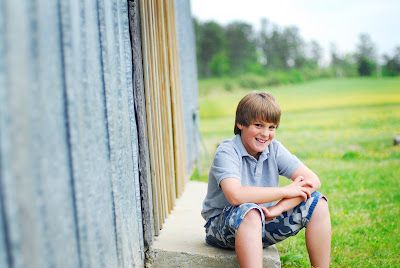 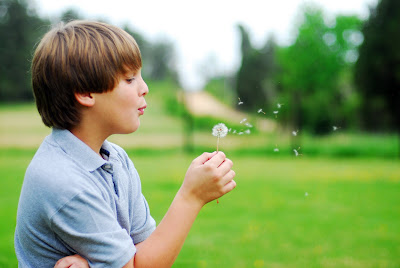 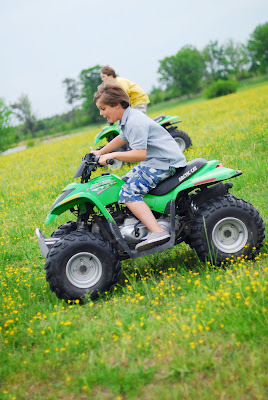 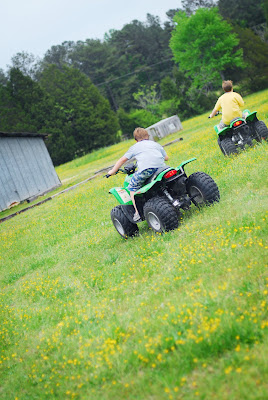 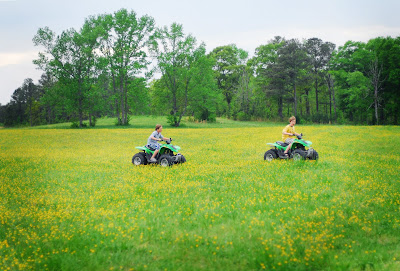 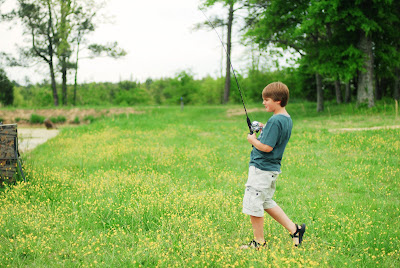 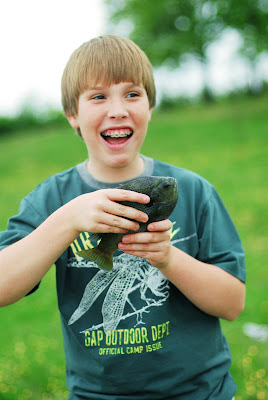 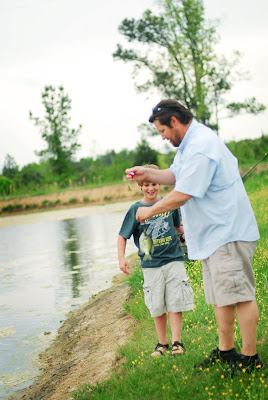 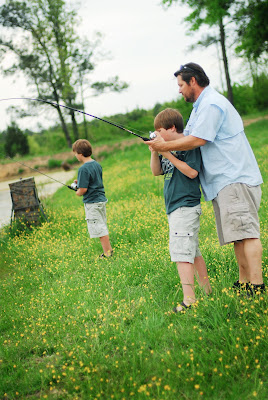 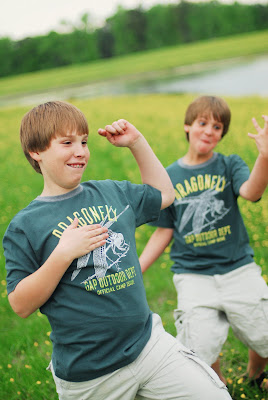 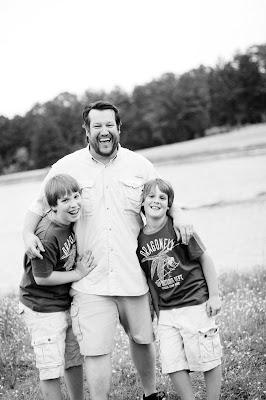 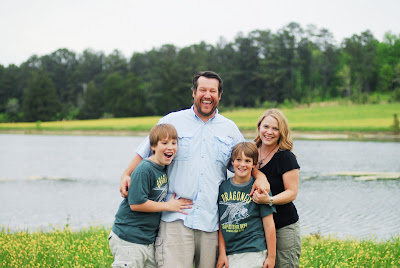 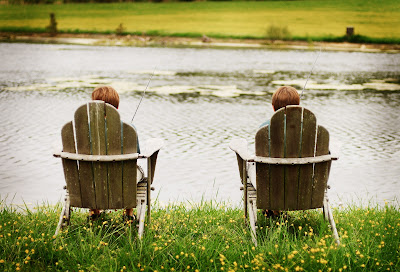 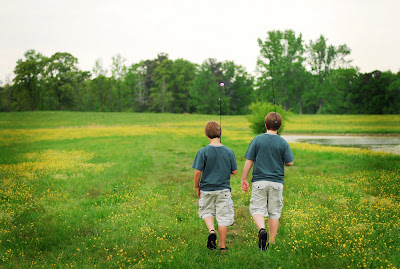 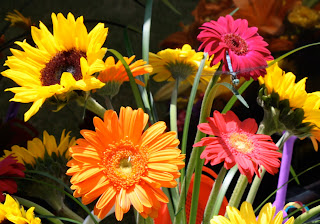 This baby blue dragonfly greeted us as we arrived at Bronner's grave on his birthday. I had already dropped the flowers by that morning, and the whole family went together later. When we arrived, we saw this beautiful blue dasher who had lit right on Bronner's flowers. The baby blue also lit on the balloons we were planning to release that day. I had dropped off seven balloons that morning, because that's how many people would be there, Rick, me, Brandi, Brooks, Brody, Nana, & Pop. Blake was meeting us at the beach later. But, when we arrived one of the balloons had popped just like before when we were releasing them following Brody's baptism in the pool. When we released the balloons, I knew why. There were only six balloons to fly into the sky that day, and as I watched the six of them fly away, I thought about the rest of us left here, Bronner's family, his mom and dad and brothers and sister. We'll fly away to him one day, but our seventh member, our baby blue, is already there. Our seventh member has already flown away, and, as King David said, he shall not return to us, but we WILL go to him.
Posted by Sherri Burgess at 8:00 AM 4 comments: