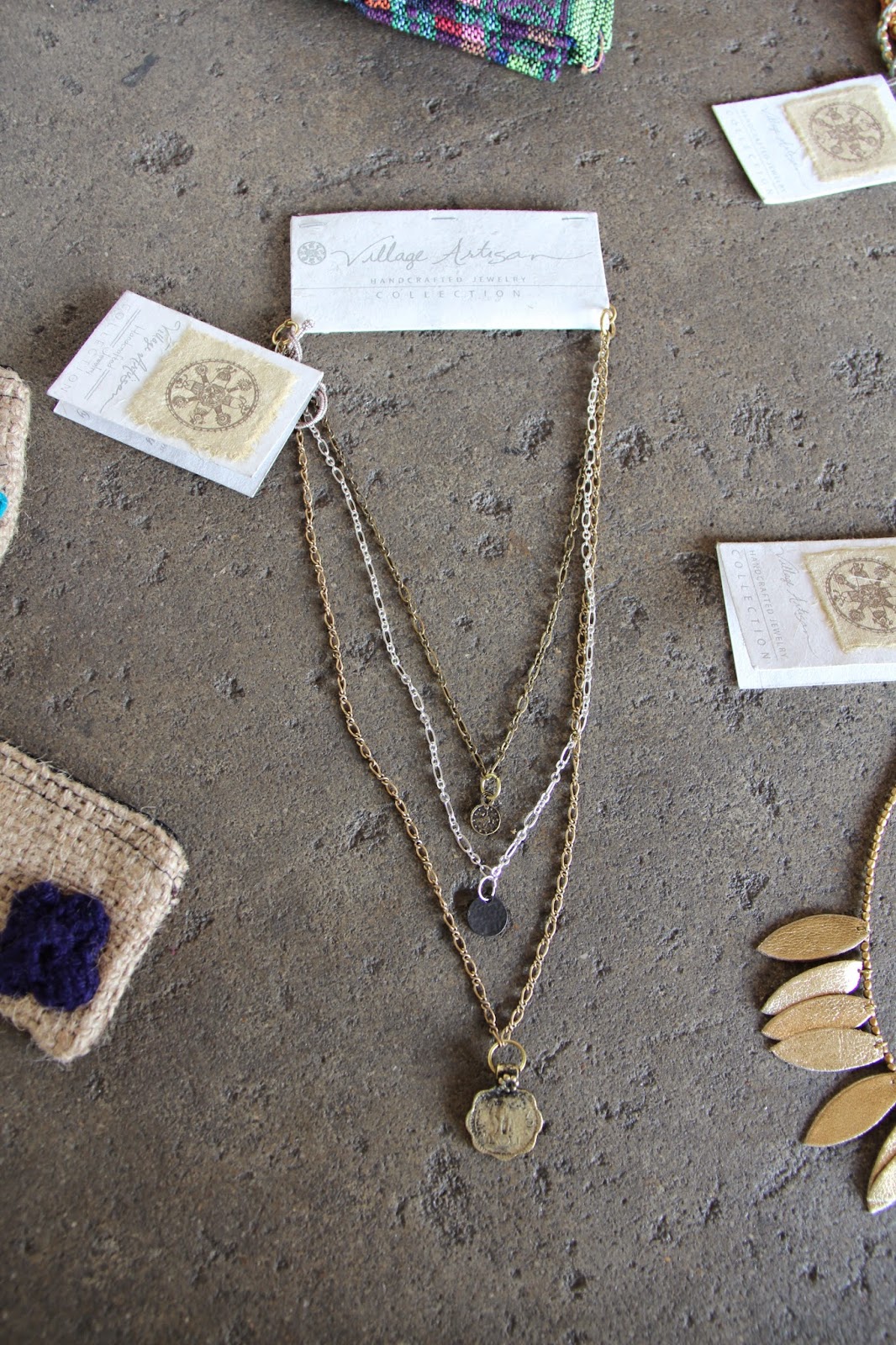 "Every woman has a story," says the tag I snipped off my Village Artisan handmade necklace that I bought from the woman I want to tell you about.  I've known Kristi Griem for a long time.  Her husband is the minister of missions at my church.  When I wanted to go to Israel for the first anniversary of Bronner's Heaven-going, he coordinated the trip.  He also coordinated the one Kristi and I were a part of that kind of begins this story.

We were two of nine women from our church who visited a work ministry in India called Freeset in May of 2010.  What I mean by work ministry is that the mission is to give women caught in the sex trade another choice.  Freeset employs women who live and work in Sonagacchi, the largest, most infamous red light district in Kolkata, India.  Instead of selling their bodies for profit, the women are now employed to sew unique handbags of jute and old sari material.  A sari is the beautifully draped and usually colorful and ornate traditional dress of Indian women.  Freeset also makes and sells fair trade tee shirts, but they'll tell you that they are in the business of freedom.  The women in Sonagacchi aren't there by choice.  Many of them were trafficked and even sold by their own families when they were young girls because of dire poverty.  No one wants to sell their daughter, but maybe they felt that was their only choice.  Freeset and others like them want to break that cycle of prostitution and give women hope, life, and gladness.

Kristi has always had a heart for the poor and a passion for justice, but something awakened in her on that trip.  Maybe it was anger, anger at the exploitation of young girls, and in that righteous anger, she knew she wanted to be a part of it all.  She began working for Freeset in the USA giving voice to the women who formerly hadn't one.  "I feel a particular calling to exploited women.  I want to give them another option.  I want to help give them dignity."  While working for Freeset, Kristi discovered many other groups doing similar work and realized she could help in a bigger way.  "I like connecting people," she said.  "What I can do is connect the need to the impact point."  That's what Work of Worth is all about.

The Village Artisan jewelry and journal I bought were made by women who have been "employed in dignity" in Northern India, the rice bag in Mumbai, the scarf in Bagladesh.  They'll still feature items from Freeset, but this way more and more women and girls can be impacted.  There are even men involved.  "We're really excited about some leather goods we'll be getting in soon," she said.  The concept behind Trinajit Leather Works is to employ men in impoverished areas so that selling their daughters is no longer a necessary evil.  That way we stop the trafficking before it begins.  And the artistry is impeccable, hand sewn works done in the old ways.  Everything Work of Worth International sells is a work of art.  That's the best part to me.  We, the consumer, can get really cool hand made products and know that what we're buying is so much more than a bracelet or a scarf.  We're buying hope for a human being because we are all a "Work of Worth."  I just love that! 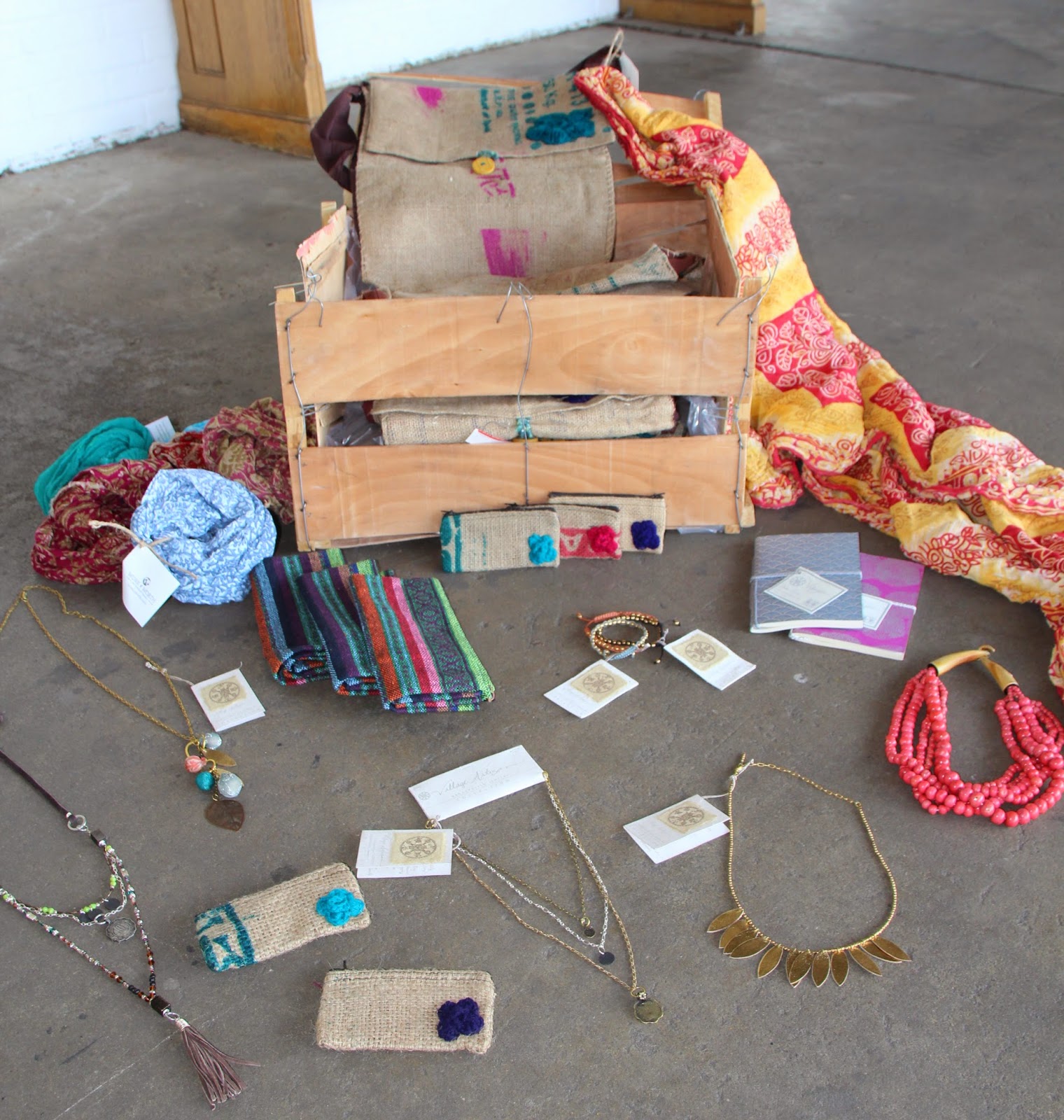 Kristi, Chief Operations Officer for Work of Worth,  along with Executive Director Barry Morehead and Brendt Blanks who works with volunteers and online sales want to invite you to the Work of Worth Launch this September 9th from 5 until 8 p.m. at the Christian Service Mission in downtown Birmingham.  There will be music and food and, of course, Work of Worth products to buy.  "It's a great opportunity to participate in setting someone free," Kristi said.  The address is 3600 3rd Avenue South, Birmingham, AL 35222.  I hope to see you there!
Posted by Sherri Burgess at 6:38 PM